"Surely if we find their restitution mentioned you will be satisfied. But why should they not have an opportunity to obtain eternal life as well as you or the Jew? They were not wicked in the proper sense, for they did not have law or much knowledge. True, they were not righteous, but neither were you when God gave you your opportunity. Christ's own words shall tell us that they are not as guilty in His sight as the Jews, who had more knowledge: "Woe unto thee Capernium, for if the mighty works which have been done in thee had been done in Sodom it would have remained unto this day." Thus Christ's own words teach us that they had not had their full opportunity. "Remember," Christ says of the Sodomites, that "God rained down fire and destroyed them all." So, if their restoration is spoken of, it implies their resurrection." (*** Watchtower 1879 July 1 page8 ***)

"Similarly, Sodom did not endure its judgment day, had failed completely, and the Jews knew its fate was sealed. Their opinion of Sodom was the lowest possible. So when Jesus told them that it would be more endurable for utterly depraved Sodom than for these Jewish cities they got the powerful point." (*** w52 6/1 p. 338 par. 16 “Get Out of Her, My People” ***)

"Consequently, in addition to what Jude 7 says, the Bible uses Sodom/Gomorrah and the Flood as patterns for the destructive end of the present wicked system. It is apparent, then, that those whom God executed in those past judgments experienced irreversible destruction." (*** w88 6/1 p. 31 Questions From Readers ***) 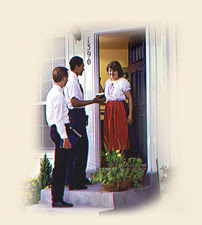